One of the many ways regular Jazzercise workouts contribute to optimum health is by helping us sleep so well.

Think sleep is overrated? A tad lazy, perhaps? Like Napoleon? Asked how many hours per night a person needs, he said, “Six for a man, seven for a woman, eight for a fool.” How about Margaret Thatcher? She got by on a mere four hours. “Sleep is for wimps,” was her mantra.

Truth that. Hemingway felt his life was so messy he ended it with a double-barrelled shotgun. The restorative powers of sleep were likely lost on him due to a possible bi-polar condition, numerous concussive hits to the head and alcoholism. In the above quote he probably meant, “I love passing out.”

Alcohol may calm the body, prepare it for sleep, but it does not improve sleep quality. “According to the findings,” says www.webmd.com, “alcohol does allow healthy people to fall asleep quicker and sleep more deeply for a while, but it reduces rapid eye movement (REM) sleep.”

Hence the reason for this blog. My Fitbit monitors sleep and sleep quality, and recently my REM sleep had fallen to less than my usual hour, or slightly more, so I needed to do some research. 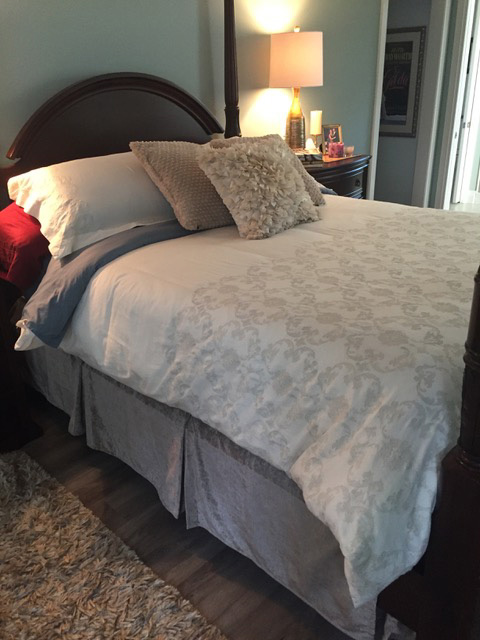 Sleep stages are as follows:

Too little REM? You’ll feel groggy, less focused and prone to memory issues. Too much? You’ll be prone to anger, irritability and any tendency to anxiety and/or depression will be exacerbated.

To get my REM back into line? I declined a glass of wine at a late dinner and voila! My REM that night was one hour and 38 minutes.

Our bodies cycle through the above sleep stages, which average 90 minutes, multiple times/night. It’s worth noting that there is also an “awake” stage on my Fitbit, which lasts on average for women of my age (60) 12-24% of the night. So, if I want to get seven hours of sleep/night (seven to nine is the recommended average for adults), I need to be in bed at least eight hours.

Another thing? Too little or too much sleep can promote weight gain as hunger hormones are thrown off balance.

So, decline the coffee and/or wine close to bedtime, choose the zillion-thread count bamboo sheets, keep on coming to Jazzercise and enjoy your seven to nine hours of zzz’s per night. You not only earn them, you need them.

Contents of this page are the sole responsibility of this site's franchised instructor. This site is not sponsored by Jazzercise Inc.
"Jazzercise" is a registered trademark of Jazzercise, Inc. Visit the official www.jazzercise.com corporate site for more information about Jazzercise!

We use cookies to ensure that we give you the best experience on our website.
If you continue to use this site, we will assume that you are happy with it. Learn more